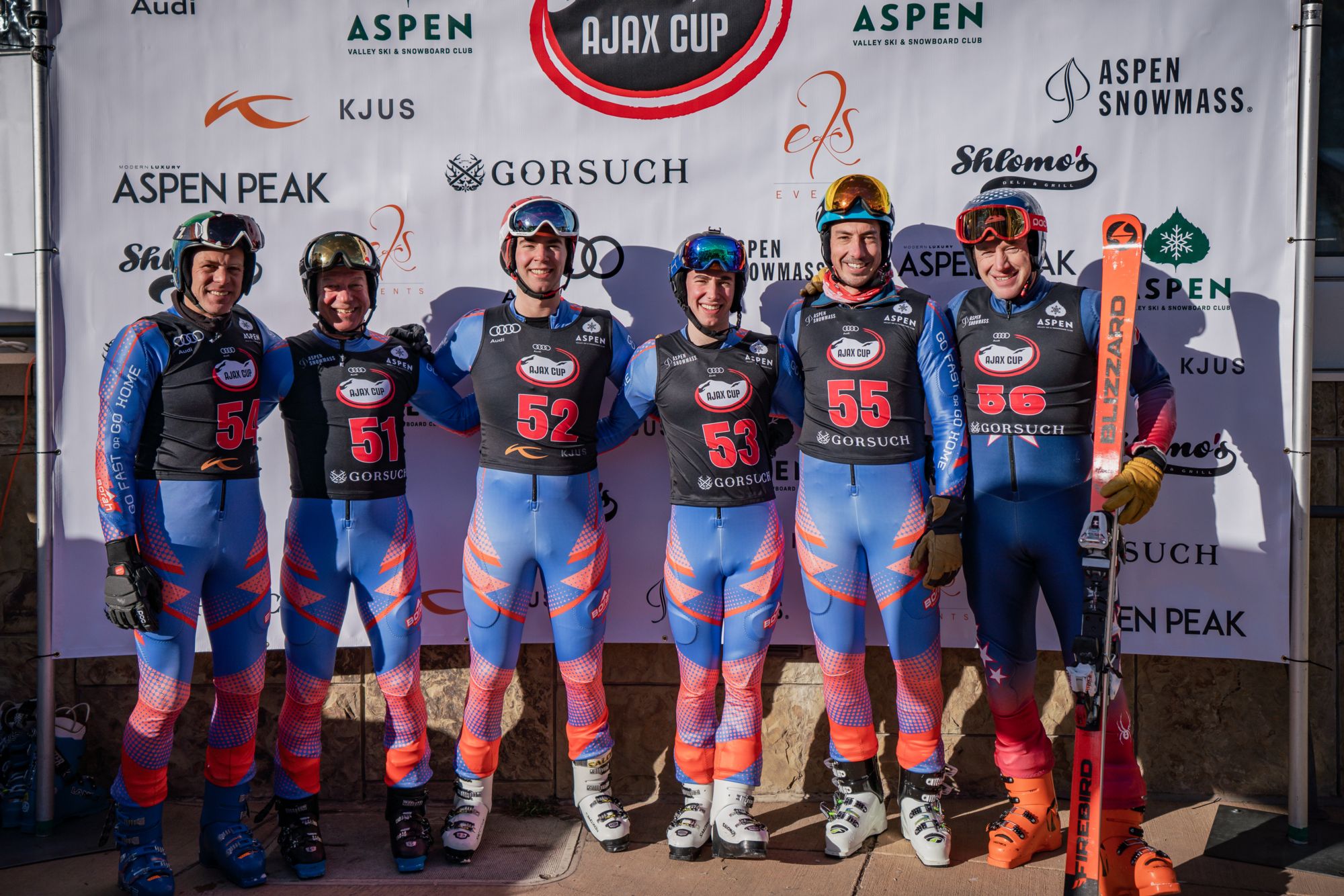 It is a name synonymous with ski racing. Aspen’s rich racing history began in 1937 with a local’s town race. In 1946, the Roch Cup debuted. In 1950, Aspen was selected to host the World Championships — the first time a race of this magnitude had been held in the United States. The World Cup was created in 1967 by Aspen resident Bob Beattie and in 1968 Aspen hosted its first ever World Cup race starring Jean Claude Killy. Ingemar Stenmark, the winningest ski racer of all time, achieved his 86th and final victory of his career on Aspen Mountain. And finally, in 2017 Aspen hosted the World Cup Finals in one of the greatest ski racing weeks Aspen has ever experienced.

Along with all of these world class races there have been thousands of Aspen Valley Ski and Snowboard Club (AVSC) events, NASTAR races and celebrity “fun runs.” But, the one race the entire ski racing world tunes into every year, the granddaddy of them all, is the one and only, Audi Ajax Cup!

The Ajax Cup celebrates its 10th anniversary on Monday. The race has hosted countless Olympians, U.S. Ski Team members and other world-renowned skiers, including big mountain riders, past, present and future Warren Miller movie stars and aspiring posers from around the globe. I am one such poser.

My Ajax Cup ski racing career began at the tender age of 53. I envisioned leading our team to victory and inscribing our names on the beautiful silver trophy that graces the Gorsuch store window throughout the year. We would proudly wear our Jim Hayes inspired handcrafted sterling silver belt buckles given annually to the Ajax Cup winners. Sadly, our team name is still missing from the trophy and our pants are cinched by something other than the victors’ belt buckle. While victory has eluded us, our team has had more fun participating in the Ajax Cup over the past nine years than anyone should be allowed to have both on and off the mountain.

Not only have we had a ton of fun, but we have been part of something much bigger than just a ski race and the best après ski party in Aspen. We are a part of helping to make a difference in the lives of thousands of kids throughout the Roaring Fork Valley. AVSC has always produced great ski racers and now AVSC also produces great kids — thousands of them. With the monies raised from the Ajax Cup over the past 10 years, AVSC has been able to provide scholarship assistance to thousands of kids who have come through the club.

Can you imagine living in the Roaring Fork Valley but not being able to access the beautiful ski hills and bike trails because it is unaffordable? AVSC and the Ajax Cup participants are working to ensure all kids in the valley have the same opportunity to enjoy these mountains as you and me.

Aspen was founded because of its silver, but when the silver ran out so did most of the people who called it home. Soldiers who served in the 10th Mountain Division during World War II then found their way to Aspen. Thereafter, the world came to know Aspen.
Since those early days, Aspen has been recognized as “Best in Class.” We have also established the best ski club in the world — AVSC — thanks in part from all the contributors to the Ajax Cup over the past 10 years.

I hope you will join me on Monday at the base of Aspen Mountain and watch many of the world’s best skiers compete head-to-head on Little Nell. You will also be able to watch a 63-year-old poser still seeking glory and who is still having more fun than he could ever have imagined while making a difference for kids up and down the valley. Please come out and support AVSC.

Ski you there!
John Bucksbaum