Clubhouse Chronicles: If the Boot Fits

This article was originally published by Meredith Elwell in the Aspen Times as part of AVSC's column, Clubhouse Chronicles. 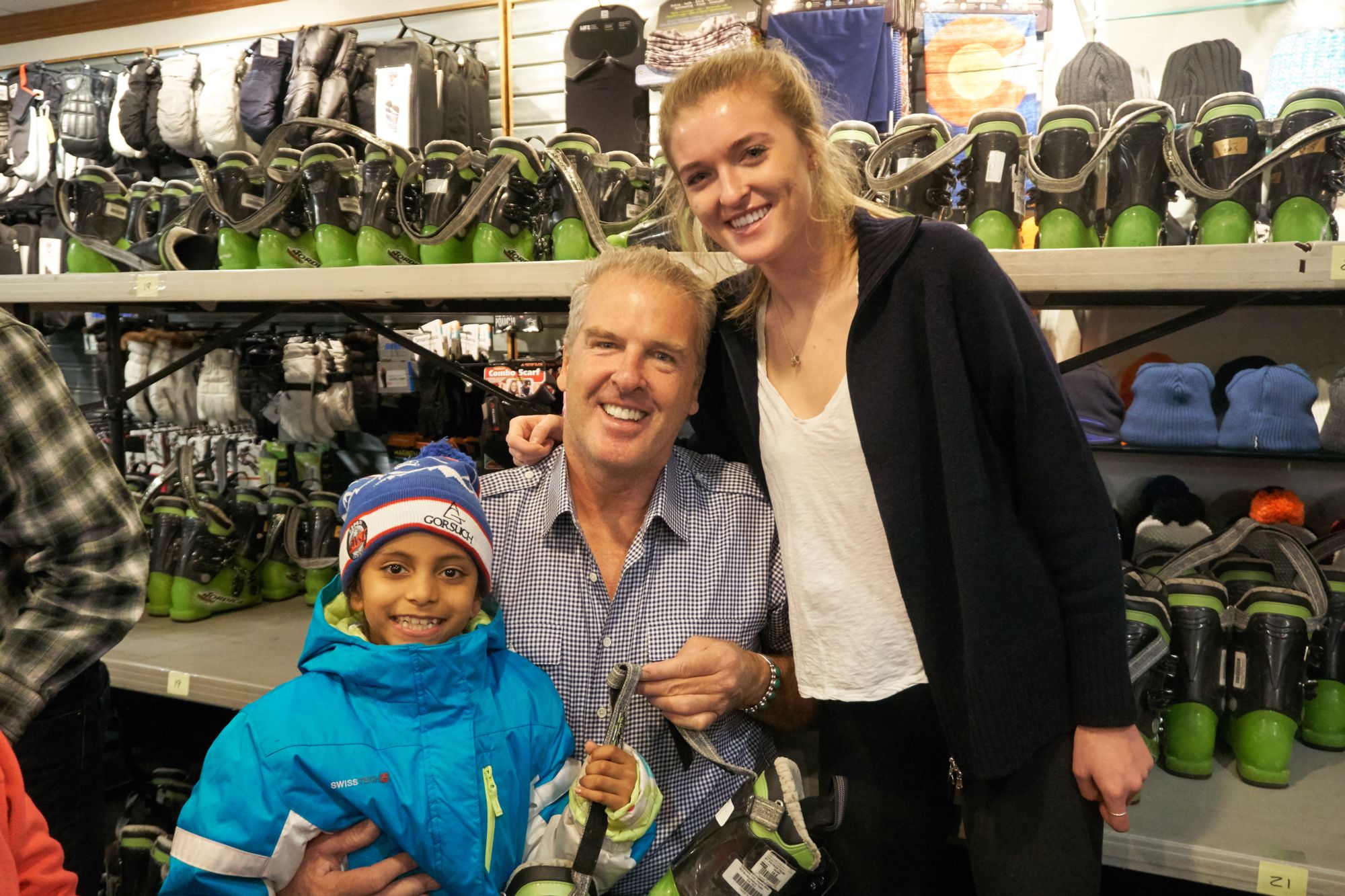 The glass slipper was fitted to more than 400 kids on Dec. 3, a magical winter night in Aspen. It took a team of Prince Charmings on Durant Street between Gorsuch and Four Mountain Sports to make the dreams come true for the future skiers and snowboarders in Aspen Valley Ski & Snowboard Club’s 2020 Aspen Supports Kids program.

Parents took off early from work and Quick read more or view full article families traveled from as far as Rifle to get outfitted with snowboards, skis, boots and poles that athletes get to keep for the entire winter season. The line at the Gorsuch Ski Cafe started to form by 2 p.m. for doors opening at 4. Hot chocolate from The Little Nell and cookies from Paradise Bakery were offered to keep the kids warm and happy. Even Santa stopped by to share in the spirit of giving!

For some, this was their first experience putting on boots, holding skis and dreaming of the thrill of heading down the mountain. For other familiar faces, this night feels like a homecoming of sorts. Whether it’s the kid’s first year or fifth, they were decked out in new beanie hats with arms full of equipment fit specially for them, ready to hit the mountain by the time they walked out of the cafe.

As AVSC’s Aspen Supports Kids director, I was honored to be a small part in coordinating this evening for these families. Sometimes I can take for granted the steps that are involved in preparing for the upcoming season. The equipment, the gear, the apparel, etc. Not to mention if you have more than one child.

The checklist is long, but important. We are incredibly lucky to have community partners like Gorsuch and Four Mountain Sports to provide the main components and take the pressure off of families in need, and in the process, make skiing and snowboarding accessible to so many local kids. Thanks to Jeff Gorsuch and his team and to Aspen Skiing Co. and their teams both at Four Mountain Sports and the ticket office for making it such a special night for all!

In less than a month, Aspen Supports Kids full season programs will kick off on Highlands and Snowmass, quickly followed by Buttermilk’s start in February. We have more than 1,500 kids registered for one of our 10 recreational skiing/snowboarding programs, offering six-, eight- and 12-day lesson options. We are ready to give these kids the skill set and confidence to LOVE the mountains in the winter.

This article was originally published in the Aspen Times.

Race you to the bottom! Every skier has probably challenged his or her friends with these words. As kids, we raced each other down Panda Peak. As I got older, I raced the Marolt twins down Aspen Mountain, hoping to get a free burger at the Skier’s Chalet. If you called in your order from the Sundeck and got to the Skier’s Chalet before it was ready, the burger was free. When we joined the Aspen Ski Club, Quick read more or view full article we finally made our racing official.

Racing is likely the oldest and simplest form of competition in many sports. Ski racing is no different. In the United States, no ski resort has as long and storied a racing history as Aspen. From the National Championships in 1941 through the 1950 World Championships, Aspen cemented its reputation as a ski racing hot spot.

The focus on racing continued with numerous Roch Cup and National Championships. When Aspen local and AVSC member Bob Beattie invented the World Cup, he made Aspen a semi-regular stop. In fact, Aspen has hosted more World Cup races than any other North American locale.

A recent highlight was the very successful 2017 World Cup Finals held at Aspen Mountain. It was a treat to watch the entire community come together to host such an exciting event. We look forward to continuing Aspen’s World Cup ski legacy and carrying on the momentum from the World Cup Finals in the near future.

In the meantime, ski racing is burgeoning at the Aspen Valley Ski & Snowboard Club. One of our goals is to host an event for every age group; this year we will run a huge number of events at Highlands. We’ll host races for our 8-year-olds up through our post-graduate athletes. Surprisingly, of the internationally sanctioned FIS races in Colorado, Aspen will host almost half of them, including more downhills than any other site in the nation.

The long-running Roaring Fork Series is the first racing experience for many of our youngsters and has been the stepping stone for U.S. Ski Team racers such as Galena Wardle, Wiley Maple and Katie Ryan. It’s free for our racers to participate and the highlights are the Cookie Medals from Paradise Bakery. Other events include the 33rd annual Wilder Dwight Memorial, the preeminent downhill race on the domestic calendar. AVSC loves racing speed and loves having our kids go fast. We start them on speed training as young as 9 years old on Racer’s Edge at Buttermilk, perhaps the best speed training venue in the country (and a trail built by my Dad). While other ski teams are shying away from speed training due to the added effort, AVSC is all in and has taken the lead in hosting downhill in the United States.

The biggest event on our calendar this winter will be the return of the National Alpine Tech Championships. Many of the nation’s best racers will be competing in dual slalom, slalom and giant slalom March 28-31. This unique event is a cooperative effort between AVSC and Aspen Skiing Co. It will provide Aspen with the opportunity to host another world class event, as well as the chance to show off our fantastic terrain at Highlands.

The Alpine Tech Championships will truly be a community event. We are looking forward to getting our kids involved, as well as AVSC parents and supporters. Of course, we welcome community members to join us as course workers or off-hill volunteers. If interested, please contact Todd at aspenevents@aspensnowmass.com. It should be a fun, exciting event and will give everyone the chance to celebrate ski racing during the lovely springtime in Aspen.

See you at the races! Read Less