Clubhouse Chronicles: NASCAR and XGames Take to the Race Course

This article was originally published by Mark Godomsky in the Aspen Times as part of AVSC's column, Clubhouse Chronicles. 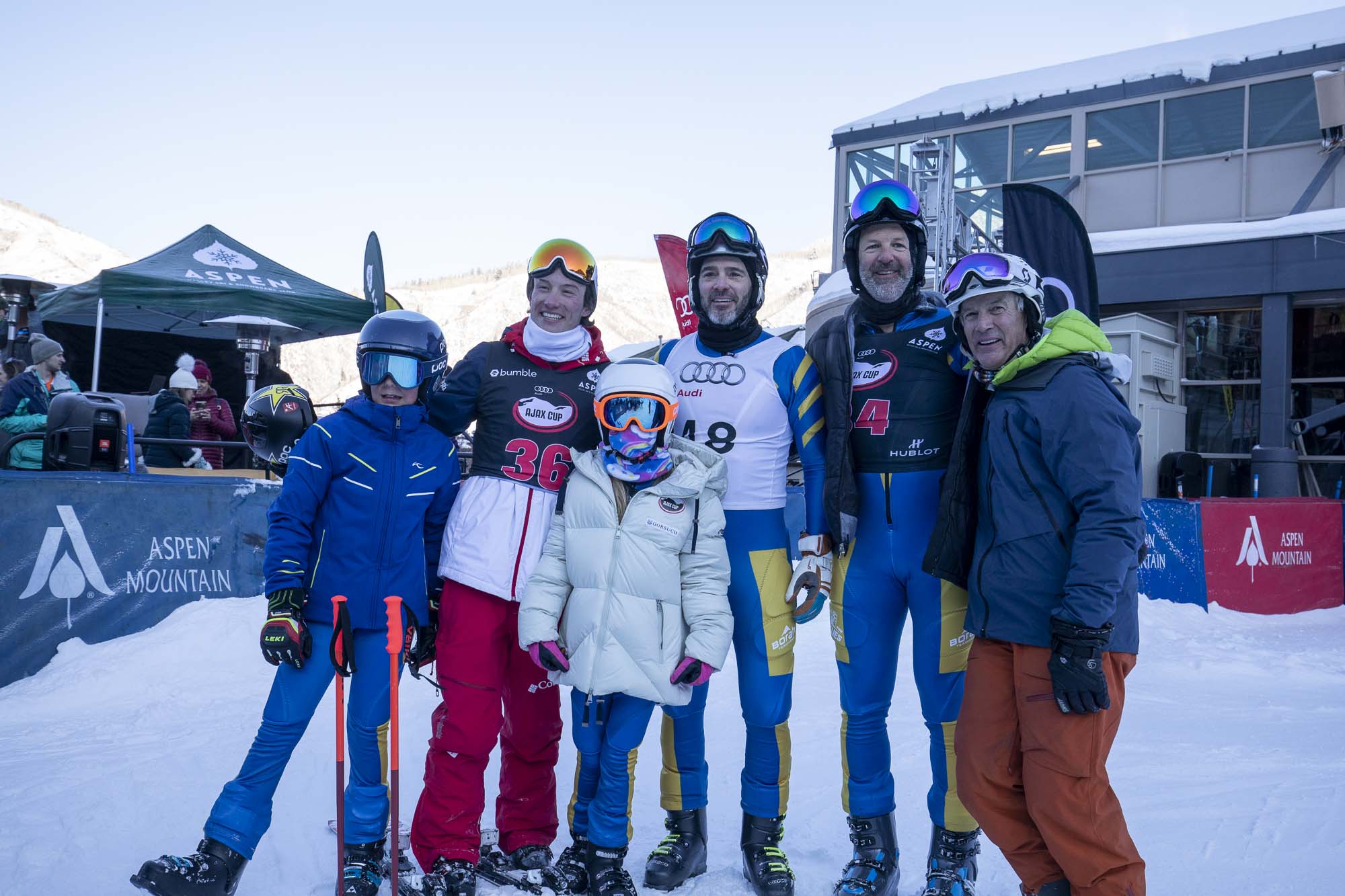 On Dec. 30, Aspen Valley Ski & Snowboard Club hosted our 10th annual Audi Ajax Cup on the face of Aspen Mountain. Sixteen teams battled it out in the morning to secure a spot in the finals and a shot at winning the coveted Gorsuch Cup and a silver belt buckle. Teams were led by team captains and professional skiers ranging from renowned speed skier and Hahnenkamm winner Daron Rahlves to AVSC head U16 Alpine coach Casey Puckett to AVSC and U.S. Ski Team alumna Katie Ryan.

While this is my fourth Ajax Cup as AVSC’s executive director, it was my first in the finish corral during the final round of racing. The excitement was palpable, the crowd falling quiet as they grew more and more focused on the impending result. When Alex crossed the finish line just a hair ahead of Nolan, spectators erupted with excitement as the West End Hillbillies’ team captain Jimmie Johnson rushed toward Alex for a congratulatory and celebratory hug.

Across the world, the Roaring Fork Valley is known for many things. To us, it is a caring and compassionate community that we’re incredibly lucky to call home. It is a playground in which to grow and learn respect for ourselves and for others. A place to experience failure and success. A place to develop our passions, challenge ourselves, and pursue excellence.

Maybe that’s why the Audi Ajax Cup is such a fun event year after year: it emulates many of the lessons that our athletes are learning on a daily basis. Plus, where else in the world do you find yourself in the finish corral of a ski race with a seven-time NASCAR champion and an Olympic silver medalist, who after spending a day together are fast friends?

Thank you to our incredible Audi Ajax Cup team captains, race chairs, event chairs, business sponsors, staff, pros, racers, spectators, volunteers, and more. Without each and every one of you, we would not have raised nearly $900,000 to continue to provide local kids access to the mountains. A special thank you to Aspen Skiing Co., who generously allows us to run the race on Little Nell during the busiest week of the year!

Clubhouse Chronicles is a behind-the-scenes column written by the Aspen Valley Ski & Snowboard Club that runs periodically in the Outdoors section.