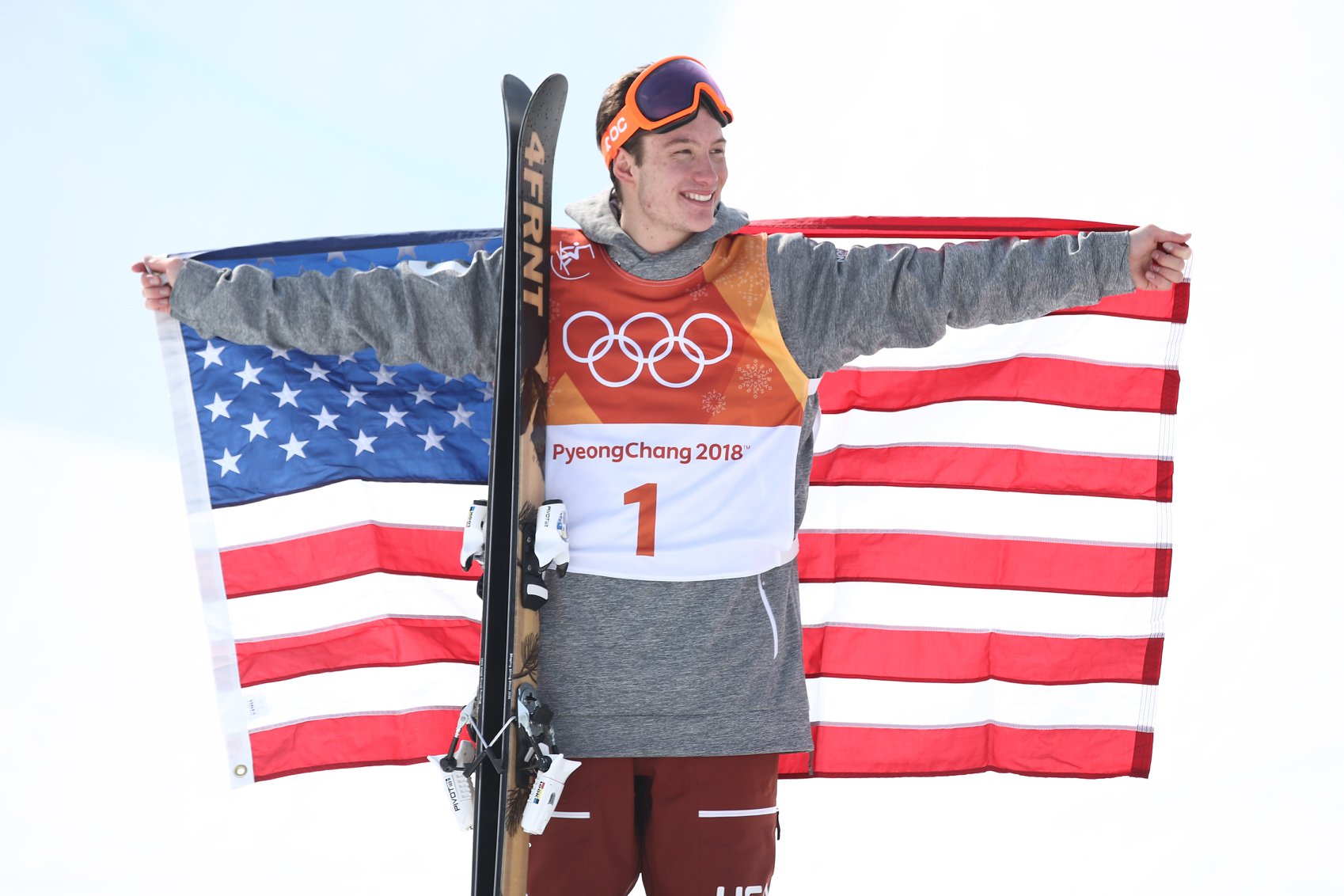 This article was originally published by Austin Colbert in The Aspen Times. Photo: US Ski Team.

Alex Ferreira didn't make the 2014 Olympic team and it haunted him for years. But Thursday in South Korea, the Aspen freeskier was able to banish those demons forever.

"It just crushed him. And he knew what he needed to do to get here. It made him work so much harder," said Ferreira's mother, Colleen Delia. "I don't know that there are any words. I was sick to my stomach. I've been a nervous wreck, but it's beautiful. I knew he was going to be on the podium. He's so ready for this."

With his family watching, the 23-year-old Ferreira made the most of his first Winter Olympics by winning a silver medal in the men's halfpipe in Pyeongchang. Less than a year ago, rattled by injuries and failures, Ferreira came close to leaving competitive skiing behind.

"I was prepared for this day, I think. I just worked extremely hard and I'm happy to be here," Ferreira said. "It's amazing. I'm back, baby."

Ferreira's third-run score of 96.40 was bested by only the 97.20 scored by Nevada's David Wise, one of Ferreira's best friends and teammates. Wise also won gold in 2014, the first time halfpipe skiing was included in the Olympics. Wise and Ferreira also finished 1-2 last month at X Games.

Canada’s Mike Riddle, the 2014 Olympic silver medalist, was sixth, while 2014 Olympic bronze medalist Kevin Rolland of France was 11th. New Zealand’s Byron Wells was injured in training and pulled out of finals.

"For me this is the most satisfying competition I've ever had," Wise said. "I feel so excited and just humbled by how Alex Ferreira skied today. Sharing the top two steps of the podium with Alex is amazing. The reality is the other guys had the opportunity."

Entering the Pyeongchang Games, the U.S. foursome was favored to leave with a podium sweep. The possibilities seemed very real after Blunck, Ferreira and Yater-Wallace finished 1-2-3 in Tuesday's qualifying, where Wise qualified eighth after landing his second and final run.

But after the first of three runs in Thursday's finals at Phoenix Snow Park, Ferreira was the only American truly holding up his end of the bargain. His first-run score of 92.60 led the competition early, holding off Canada's Noah Bowman anBlunck was sixth after his first run of 81.40, but Yater-Wallace only scored 65.20 on his first run after backseating his landing and Wise couldn't even complete his run.

The real surprise came early in the second run, when the 16-year-old Porteous scored 94.80 to overtake Ferreira, at least temporarily, on the podium.

"I was going to be just as happy with myself even if I didn't get on the podium," Porteous said. "You just got to go for it. You are at the Olympics. Why not just take advantage of it and harness that adrenaline and really go for it?"

Ferreira was the only one to answer the young Kiwi, scoring 96 on his second run to retake the lead two-thirds of the way through the competition.

"I was a nervous wreck, but I was so sure he had it and would nail it down. He was confident," said Marcelo Ferreira, Alex's father. "He worked very hard for three and a half years and the results, they are here. It's a dream come true."

Wise, who also crashed on his second run, overtook Ferreira on his third and final run. Ferreira had one more chance to reclaim the podium's top spot and left it all out there with his best run of the night, but still came up just a hair short of Wise.

Prior to the contest, Ferreira and Wise each got tattoos together in South Korea.

"I am not disappointed the U.S. didn't sweep. I would have loved it. There was certainly a lot of hype about the U.S. sweep," Wise said. "It made me realize that freeskiing won today whether I landed my run or not. So that kind of gave me a little bit of a boost."

Yater-Wallace crashed on both his second and third runs. Making finals in South Korea was a step up from Sochi when he failed to make it out of qualifying. He entered the 2014 Games battling a collapsed lung and broken ribs.

Yater-Wallace did not talk to reporters immediately following Thursday's finals.

"I would not be where I am today without Torin Yater-Wallace. He is one of my best friends. I respect him bar none over anybody. He is a fantastic skier and beyond that a fantastic person," Ferreira said. "I worked really hard to be here and I'm just extremely happy to be part of the event."?

Ferreira said he usually doesn’t watch his competitor’s runs, so couldn’t really compare his runs to that of Wise or Porteous. Nor did he need the fuel.

He spent the night prior watching the U.S. women’s cross-country ski team win its first Olympic medal — ever — and had more than enough motivation at the bottom of the halfpipe with his family in attendance.

“To be completely honest,” Ferreira said, “my whole family flew halfway across the world so I kind of wanted to give them a show.”